Harry Kane expects to open contract talks with Tottenham in “the coming months” but has played down the chances of agreeing a new deal before the end of the season after equaling Jimmy Greaves’ goalscoring record last night.

Kane’s 266th Spurs goal took him level with Greaves as the club’s all-time top scorer and earned Antonio Conte’s side a much-needed 1-0 win at Fulham.

As reported by Standard Sport on Monday Kane, who has entered the final 18 months of his contract, is open to holding talks with the club after the transfer window and could extend his deal provided circumstances are favourable.

The 29-year-old says he still wants to win trophies with his boyhood club and believes this season can still be a success, despite their faltering form.

asked by Standard Sport For an update on his contract, Kane said: “There hasn’t been much talk to be honest.

“I’m sure they’ll be conversations over the coming months, but to be honest I’m just focused on this season and doing my best for the team. There’s still a lot to play for, to try to get in The Champions League, we still have the FA Cup and the Champions League to try to win, my focus is on that.

“I know there will be rumours, a lot of talk and speculation about my future, but I’m just focused on what I can do.

“Of course I still want to win trophies for Tottenham Hotspur. That’s been my goal since I started playing first-team football with them. It hasn’t happened. I’ve been open about (how I feel) but I” We’ll continue with trying to achieve it. We have a really good team, a great manager and there is no reason why we can’t still be successful this season. We just have to put everything we can into it and see where we are come May.”

Spurs will be reluctant to let Kane enter the final 12 months of his contract, which would raise the possibility of him leaving for nothing in the summer of 2024.

Kane has consistently said he is open to staying at Spurs provided they progress and compete for trophies, and he is likely to want assurances that the club remain upwardly mobile and ambitious before extending his deal.

“There are still a lot of games to play in the Premier League, we have an important FA Cup game this weekend (at Preston) and the Champions League starts again in February,” he said. “In football, things can turn around very quickly and all of a sudden you can be in the middle of two tournaments and fighting for Champions League places.

“Look at where we were last year and we managed to get into the Champions League. Everything is still possible. Nights like last night will certainly help, but it’s about how we build on this now and it starts with the FA Cup at the weekend.”

Conte is still refusing to commit to Spurs at the end of the season, when his own contract has expired. The Italian has lost three close friends this year in Gian Piero Ventrone, Sinisa Mihajlovic and Gianluca Vialli, leaving him in doubt about his own future, and Kane says he will not put pressure on the boss to stay.

“I don’t want to talk about the manager’s future,” Kane said. “It’s up to him. I’m sure he’ll have talks with the club and assess where we are as a team. He’s had a lot going on, on and off the pitch, so he probably needs time to evaluate it all.

“From my point of view I really enjoy working with him and it would be great if he stayed.

“It’s always hard (to see Conte suffer) because the manager is the leader and the boss everyone looks up to. Of course we know he’s been through a tough time outside of football and it hasn’t been helped by some of the results we have had.

“As players we take responsibility for that. It’s about digging deep and sticking together. Through tough times you find out who you really are and the last few weeks have been tough. But we came back last night with a good win and we’re going to need more of that if we’re going to be where we want to be at the end of the season.” 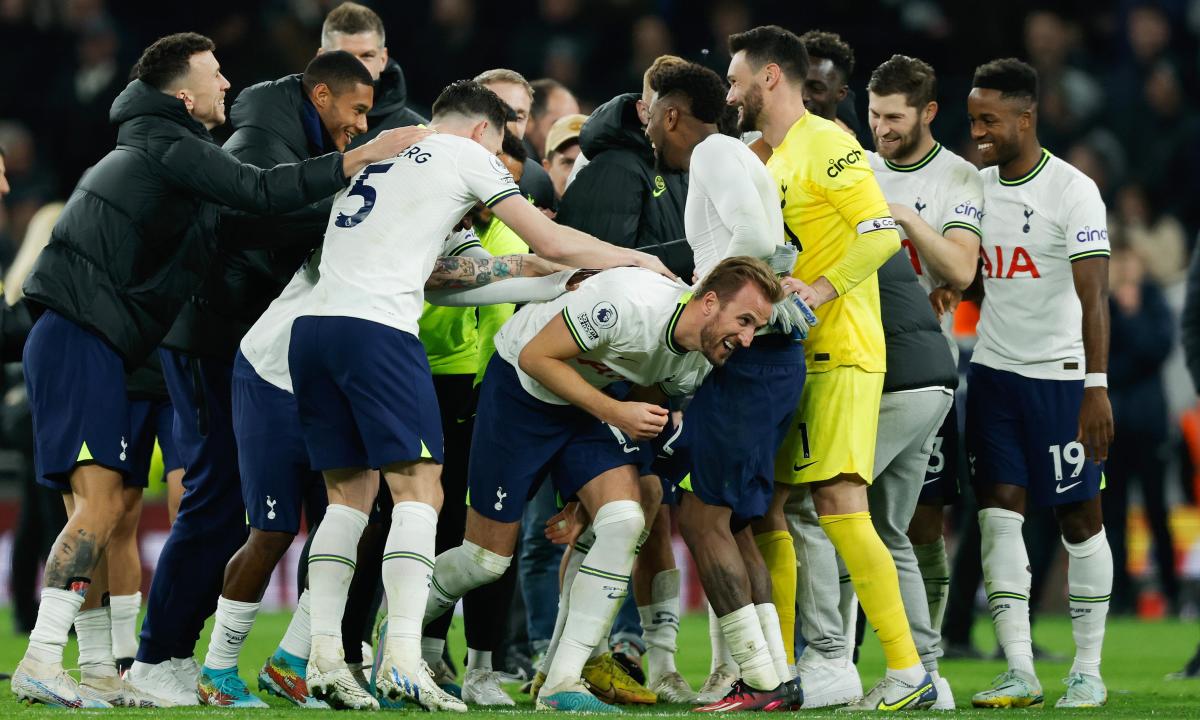