Efforts are underway in Florida counties to comply with a law championed by Republican Gov. Ron DeSantis that requires the approval of books in classroom libraries.

Manatee County School District teachers are experiencing “fear” and “confusion” as the district works to implement HB 1467, which requires books to be pre-approved materials or checked by a media specialist trained by the Florida Department of Education, according to Pat Barber, president of Manatee Education Association, the county’s teachers union.

A document provided by the district containing new legislative changes to HB 1467 indicates that violations could be considered a third-degree felony.

“It’s unfathomable to me that teachers would be put in a situation where their good deed of providing classroom libraries for their students to instill a love of reading could possibly result in a crime,” Barber told CNN.

The book provision, which went into effect in July after being signed by DeSantis last year, requires library media resources to be approved by a “school district employee who holds a valid educational media specialist certificate,” according to a June memo. According to the Florida Department of Education, which issued guidance memos as recently as December, selection of library materials — including classroom libraries — must be “free of pornography” and material prohibited by law, “appropriate to the needs of students and their ability to understand what is presented material” and “appropriate for grade level and age group.”

“A teacher (or any adult) faces a felony if they knowingly distribute lurid material, such as images depicting sexual behavior, sexual assault, bestiality or sadomasochistic abuse. Who can be against that?” Florida Education Commissioner Manny Diaz Jr. tweeted Wednesday in defense of the measure.

The controversial law marks just one of several efforts supported by DeSantis to legislate what can be taught in Florida schools — a public stance that has increased his national prominence as he is said to be weighing a potential 2024 presidential run .This week, the governor commented for the first time on the state’s rejection of a new proposed AP course on African-American studies for imposing what he called a “political agenda.”

CNN has reached out to DeSantis’ office for comment.

Marie Masferrer of the Florida Association for Media in Education asked school board members during a Tuesday meeting to allow students access to books in classrooms while materials are cataloged and researched. “Open the classroom libraries while the process can be done,” she said.

Don Falls, who teaches government and economics at Manatee High School, told CNN that teachers were told they could pack up their personal classroom libraries, cover them or enter the books into the district’s cataloging system to verify their approval and keep them. shelves. He has chosen to cover his books with chart paper.

“I think it’s a stronger statement to cover them up. “My students have been asking me what’s going on, and while I didn’t go into a lot of detail, I did let them know about the restrictions that have been placed on the books that have come from the district through the state,” said Falls, who is in his 38th year teaching in the district.

He added, “I don’t have the time or feel like I have to go through all these books and put them into a system. It’s fundamentally wrong for me and my students’ First Amendment Rights.”

On Tuesday, Laurie Breslin, the Manatee County School District’s executive director of curriculum, said some teachers may have decided to block access to books because they lack time to catalog their classroom libraries and check whether the titles are pre-approved. But Breslin indicated that teachers are allowed to give students pre-approved reading materials and students have access to books in the school’s main library.

“This is us protecting the teachers, not saying we’re banning books,” said School Board President Chad Choate III.

While battles over access to controversial books have traditionally been fought district by district, and even school by school, Republican-controlled states including Florida, Georgia, Tennessee and Texas have pushed statewide rules that make it easier for critics to remove titles, they do not like from school libraries in all communities.

In Manatee County, the school district confirmed to CNN that it is in the process of “cataloging” books in classrooms to ensure compliance with the law.

Kevin Chapman, the Manatee County School District’s chief of staff, said volunteers work with teachers to compile a list of books in classrooms and check whether books are in a database of controlled materials. If the book is not an approved book, it must be examined by a trained media specialist, he said.

The district met with principals last week to brief them on how the district planned to implement the new law, according to Chapman. He said he was not aware of any books pulled since last week’s meeting, but said books have been pulled since the beginning of the school year because they were deemed inappropriate.

“We know this is going to be a process and we want them to be accurate,” he said. “It is a big job.”

Asked to respond to critics who say the process is censorship, Chapman said, “The Manatee school district is just following the law.”

At another school board meeting in Pinellas County, Florida, on Tuesday evening, school officials confirmed that they were also working to align their policies with state requirements. A group of the library’s media specialists reviewed 94 book titles over the summer “for age appropriateness,” said Dan Evans, associate superintendent for teaching and learning services.

“That team recommended 10 titles to be weeded out of our collections or moved to our adult-only resource library,” Evans said, adding that the process was something the school district instituted and goes “beyond what the state requires.” 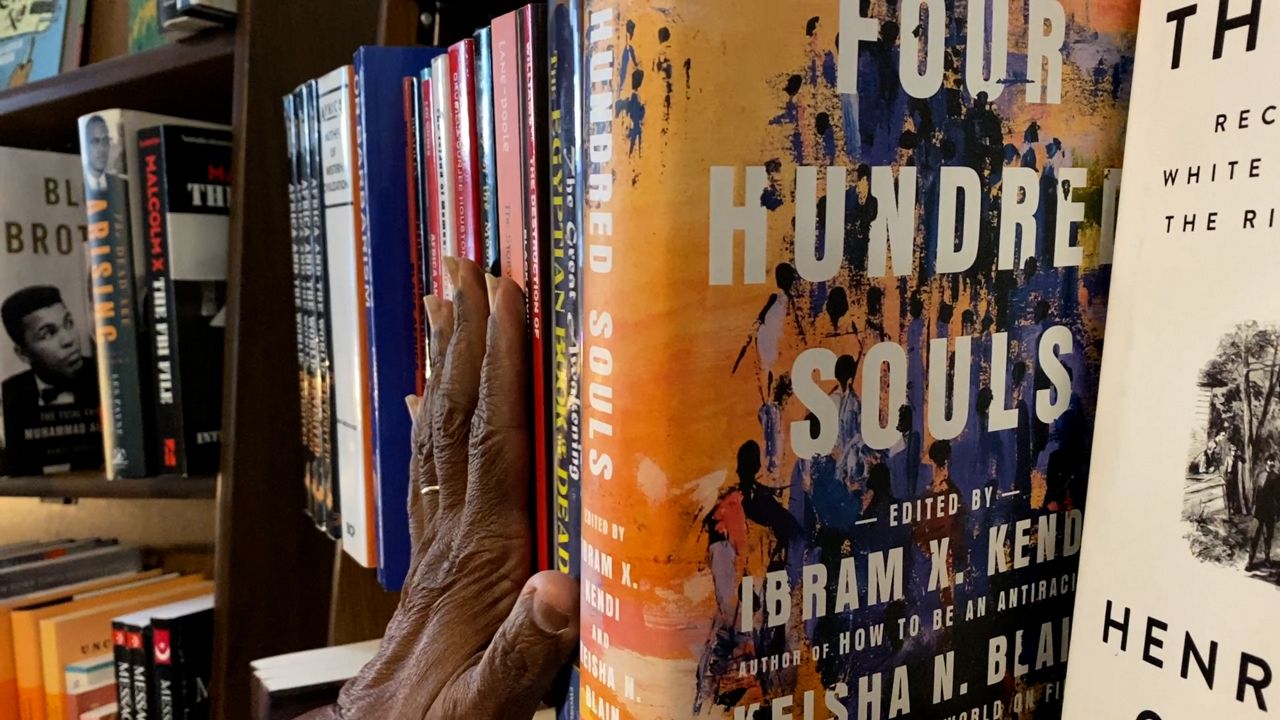